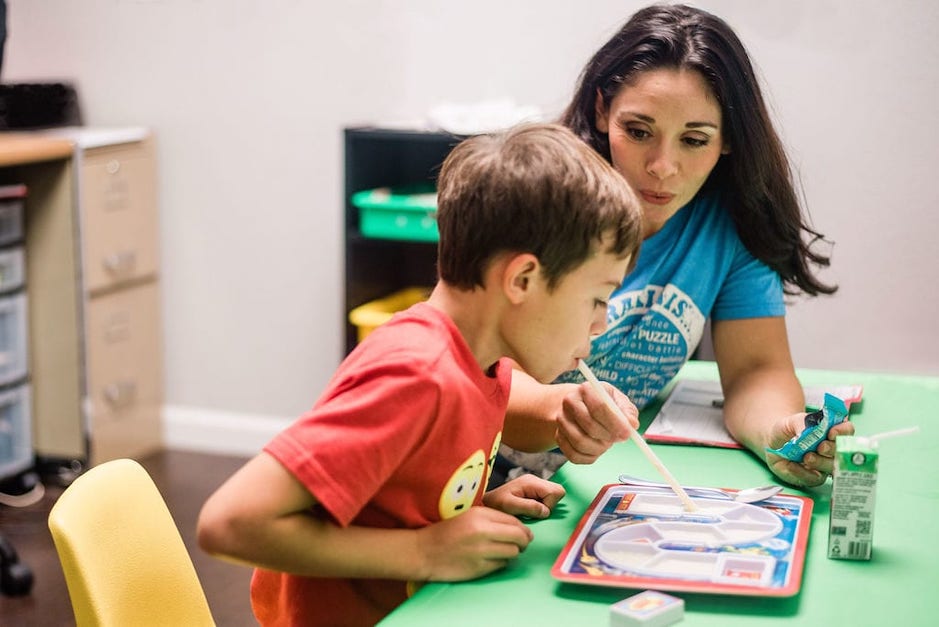 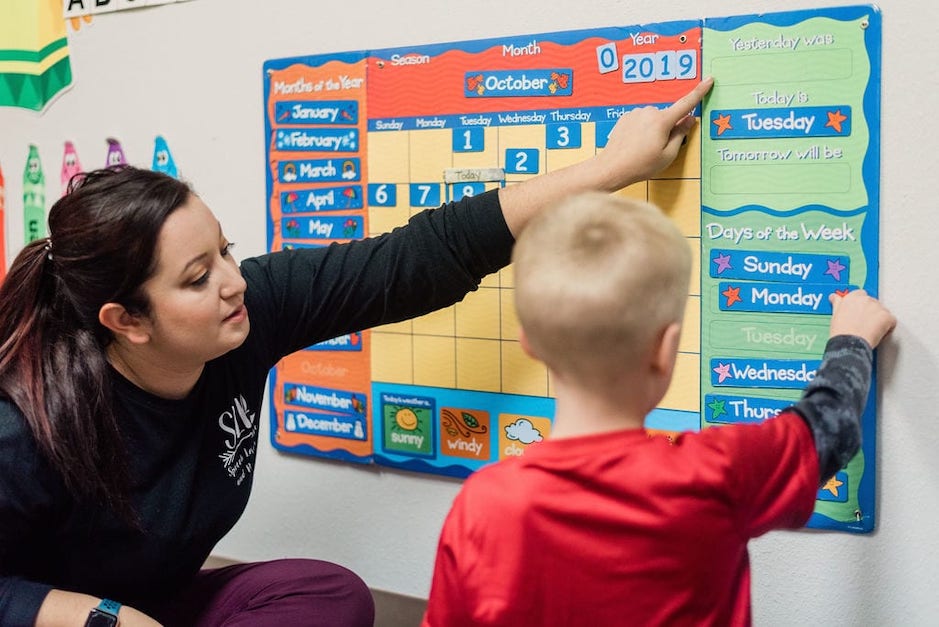 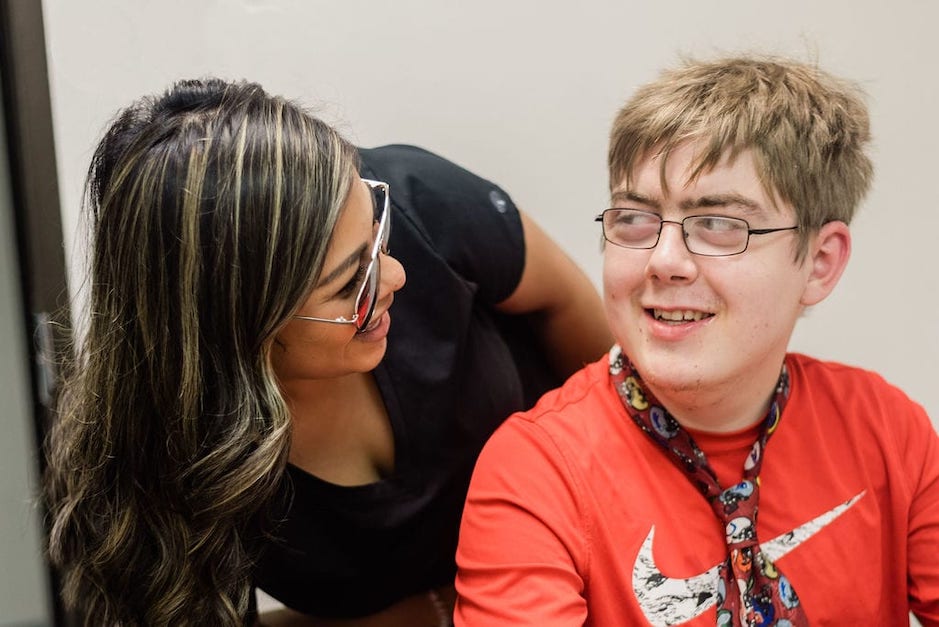 Birth to 5 months
Reacts to loud sounds
Turns head toward a sound source
Watches your face when you speak
Vocalizes pleasure and displeasure sounds (laughs, giggles, cries, or fusses)
Makes noise when talked to

12 – 17 months
Attends to a book or toy for about two minutes
Follows simple directions accompanied by gestures
Answers simple questions nonverbally
Points to objects, pictures, and family members
Says two to three words to label a person or object (pronunciation may not be clear)
Tries to imitate simple words

18 – 23 months
Enjoys being read to
Follows simple commands without gestures
Points to simple body parts such as “nose”
Understands simple verbs such as “eat,” “sleep”
Correctly pronounces most vowels and n, m, p, h, especially in the beginning of syllables and short words. Also begins to use other speech sounds
Says 8 to 10 words (pronunciation may still be unclear)
Asks for common foods by name
Makes animal sounds such as “moo”
Starting to combine words such as “more milk”
Begins to use pronouns such as “mine”

2 – 3 years
Knows about 50 words at 24 months
Knows some spatial concepts such as “in,” “on”
Knows pronouns such as “you,” “me,” “her”
Knows descriptive words such as “big,” “happy”
Says around 40 words at 24 months
Speech is becoming more accurate but may still leave off ending sounds
Strangers may not be able to understand much of what is said
Answers simple questions
Begins to use more pronouns such as “you,” “I”
Speaks in two to three word phrases
Uses question inflection to ask for something (e.g., “My ball?”)
Begins to use plurals such as “shoes” or “socks” and regular past tense verbs such as “jumped”

3 – 4 years
Groups objects such as foods, clothes, etc.
Identifies colors
Uses most speech sounds but may distort some of the more difficult sounds such as l, r, s, sh,ch, y, v, z, th. These sounds may not be fully mastered until age 7 or 8
Uses consonants in the beginning, middle, and ends of words. Some of the more difficult consonants may be distorted, but attempts to say them.
Strangers are able to understand much of what is said
Able to describe the use of objects such as “fork,” “car,” etc.
Has fun with language. Enjoys poems and recognizes language absurdities such as, “Is that an elephant on your head?”
Expresses ideas and feelings rather than just talking about the world around him or her
Uses verbs that end in “ing,” such as “walking,” “talking”
Answers simple questions such as “What do you do when you are hungry?”
Repeats sentences

4 – 5 years
Understands spatial concepts such as “behind,” “next to”
Understands complex questions
Speech is understandable but makes mistakes pronouncing long, difficult, or complex words such as “hippopotamus”
Says about 200 – 300 different words
Uses some irregular past tense verbs such as “ran,” “fell”
Describes how to do things such as painting a picture
Defines words
Lists items that belong in a category such as animals, vehicles, etc.
Answers “why” questions